Claque SEO is out

History will teach us nothing....so sang a Geordie teacher who long since donned a yellow and black jumper.

Indeed I was equally intrigued as Christian Payne, aka Documentally, of the parallels that Matt Locke - founder of the outfit named StoryThings - spoke about during a lecture about the History of Attention.

Of course attention and applause is an elusive goal that all publishers and companies strive for.

Matt explains that during the 19th Century opera era, aplause was a metric of attention for the business of opera, something that is not too removed from percieved marketing success metrics of today.

Claque agencies sprang up in Paris some two hundred years ago to serve up large dosages of canned enthusiasm with neatly defined roles for the chef de claque (leader of applause), the commissaires (officers/commissioner), the rieurs (laughers), the pleureurs (criers), the chatouilleurs (ticklers), and the bisseurs (encore-ers) all intent on generating ROI for their clients.

It's tempting to cruelly draw parallels with a SEO agency job positions or indeed any marketing specialists but that would be perhaps a cynical step too far.

Listen below to an excerpt of an interview Christian did with Matt.

In the audio clip below Matt explains:

So technology apart, not much has really changed since then.

Marketers still yearn for big breakthroughs and crave attention as much as the chef de claques and their paymasters did then.

Whilst the lacey bonnets of yesteryear may have been replaced with racey miniskirts of today, in essence the motives and human methods have not really shifted. 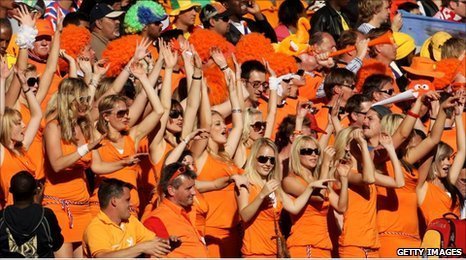 However with the advent of the Games this summer, the inexorable proliferation of content, spam, and competition for attention it's getting ever harder to succeed.

If you are a marketer you face stark choices.

Run the Olympic risk of incurring the wrath of the legislation and branding regulation around the Games by going guerilla?

Continue deploying outdated SEO practices that fuel the myths and misunderstandings of SEO and risk the severe penalties that are being handed out?

The fat lady is seoing

Over time the evolving concert etiquette of opera rendered the Claquers obsolete and the art moved on.

And these days, despite protests by the SEO all too often navel gazing community, the search updates by Google, most recently Penguin - attacking thin links, and before that Panda, taking out sites with thin pages, the search results have generally improved for the wider public.

Despite the scaremongering about negative SEO and complaint about effects of business being wiped out because of sudden deindexation, there is little celebration of the counter side of the recent changes that have equally rewarded business who have flourished as a result of dramatically changed rankings.

Marketing is moving on.

It's not all about claque nowadays, the truth is if you plan to succeed your marketing needs more than just a sting.